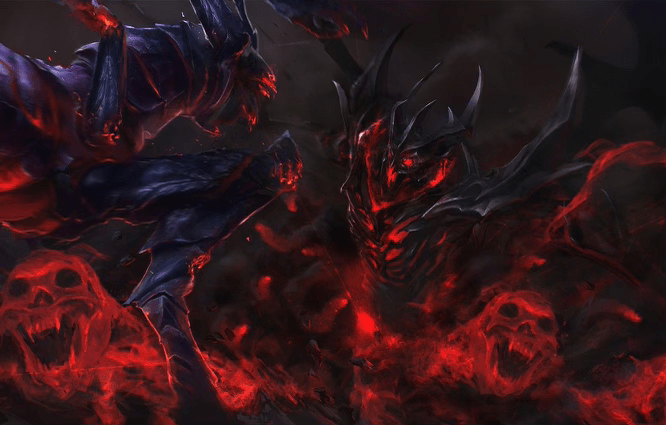 This topic may be unbelievable to some of you, but it is true. The only thing that I ask is that you read it prayerfully and give it some thought. Let God speak the truth to you about what I’m saying.

It was between mid 2006 to 2007. I was living in San Antonio, and I was in my bedroom in pain. I was suffering with severe cramping in my colon. The doctors labeled it as IBS. Mostly often, when a doctor says you have a condition, you believe it. And take their word for it because they went to medical school and are physicians.

You Can’t See It

When you look at a person’s colon who has IBS, it looks normal. It is a stress related disease, so it doesn’t look as though there’s anything wrong with the colon. Doctors have tried different medicines to help their patients with the symptoms of IBS, which rarely gave much relief.

On this day, I was in so much pain while lying down; I had to rock back-and-forth just to endure the pain. I had taken medicine, which wasn’t giving me any relief. Two of my armor-bears were in the room with me praying and standing for a long time, in front of my bed, right in front of the bathroom. They were whole-heartedly praying and watching me in pain. Their faces told me they felt compassion for me.

It was during the prayer, a man appeared at my bedside. He was wearing a brown monk’s robe with the hood over his head. He had a gold chalice in his hand. Saying nothing, he held his hand out to me as though he were giving me the cup. He tipped the cup slightly so that I could see the red fluid inside of it. In my spirit, I knew I should not take the cup and I knew it wasn’t God.

Watch your mouth; you might have to cover it.

So I put my hand over my mouth and started shaking my head to signify that I would not drink it. In my mind, I was thinking and saying “I’m not taking this cup.” I belong to the Lord Jesus Christ. He is my Lord and Savior. That’s when the man spoke. Up to that point, I could only see his hand, which was a white man’s hand, and it looked like a human being.

Speaking in the spirit

Finally, he said: “Jesus will not heal you”. That confirmed what I already knew in my spirit. God did not send this man. This entity was indeed a demonic spirit who manifested in physical form in the spirit realm, wearing a monk’s robe. I didn’t see his face. He heard me speak in my mind because when I said, “Jesus Christ is my Lord and Master”, he disappeared.

Shocked, I asked the ladies did you see anything while standing here? They said, “no”, the only person who could see this man was me and nobody else heard him either.

So I told them what happened. The man appeared again, this time behind them, maybe 8 feet away in the dark, he took his hood off and it was a white man, bald with thick bluish green color veins bulging out of his head. His blue eyes looked directly at me, as though to say you discerned who I am. Now, since you know who I am, I have to let you see me.

His face looked soft, but serious. This was the enemy coming to steal my life. At that moment, after I saw him as he was, he disappeared again and so did the excruciating pain.

In case you haven’t figured it out yet, the red liquid in the cup belonged to Satan. He was trying to deceive me into me drinking what was in the cup. Unbeknownst to me, was whose blood or liquid it was. It wasn’t until after I made my confession about Jesus Christ that he said to me, “Jesus will never heal you”, those are the only words he spoke to me. To this day, I’ve never seen that man/demonic entity again.

If I had taken that demonic blood in the gold chalice, imagine what would have happened to me.

Footnote. Notice he was silent when he presented the cup to me. It was a beautiful looking gold chalice. He was pretending to be sent from God. Always remember when the enemy offers you something, he makes sure it is appealing to you, so be careful. I would not be here if I would have accepted the offer. He came after me because I don’t belong to him. I made Jesus Christ my Lord years before and was walking with God wholeheartedly.

He was a destroyer

This was a destroyer coming to attack and control me. Had I taken that liquid, I would’ve not only destroyed myself but I would’ve created a gateway into the life of my three kids and maybe their kids thereafter.

I would’ve been indirectly creating a covenant with Satan and only GOD knows the horrific results which would occur because I would’ve given him the legal rights of my children by partnering with him.

The enemy is mimicking our Lord and Savior. He’s offering his blood and those of you who have taken it unknowingly have given him control of your life. And now you are going through trials, tribulations, and devastating events are happening to you and your family. Some of you made covenants by taking the red liquid of the enemy and you have discovered the bondage in your life, which seems like hell on earth.

There is one way out of this captivity you’re in and that is by truly calling on the Lord. If you can’t call on him because your bondage is so deep and controlling, and your captivity horrendous – then the best thing for you to do is to ask somebody in your family, that you know is a believer, to intercede and go to the throne of grace on your behalf.

Ask God to save your life. Genuine believers walk with God and know exactly how to get you out, but it must be a heartfelt request. The Bible says that the Lord Jesus came to set the captives free. And if you are in captivity to the enemy on any level, then that’s why Jesus Christ died on the cross for you. You can be emancipated and freed today.

Blood covenants are not easily broken, you may of entered into a covenant with the enemy unknowingly.  Now to destroy it you will need the One and only Potentate to deliver you out of the enemy’s house.

Only the most high God and his precious Holy Spirit can make this happen for you. It’s time to decide. Do you want to have a good life as God intended for you to have? Do you want your life to change? You need the blood of Jesus. That’s the only blood that takes away the sin of the world. The other blood brings death and destruction.

God bless you my friend