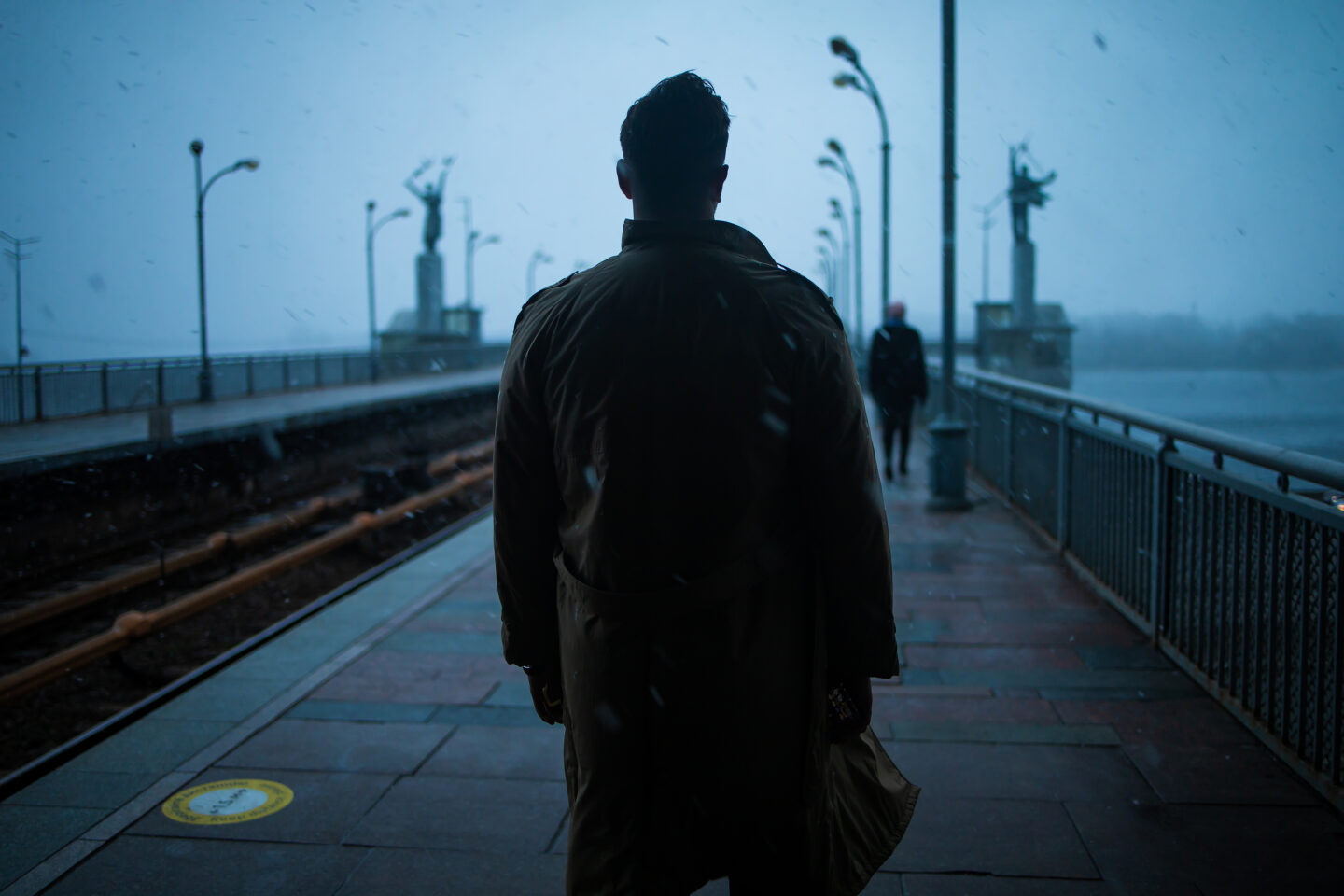 If you ever walked across a bridge, this story is for you. If something ever happened to you on a bridge like it did to me when I was younger, I encourage you to read my story.

There are some bridges that will change your life forever.

I woke up one morning and I was feeling down because of a dead relationship that I was in. Although the relationship was in the toilet, I struggled to keep it from flushing totally down the drain.

In hindsight, 30 years later, I can see the desperation that was alive and thriving in me during those days! I fought like crazy, trying to stay with a man who did not want me. I had this idea of an ideal love experience I wanted to create for myself. The man I wanted to have in my life was part of the plan.

Ever since I was a young girl, I wanted to get married and have eight girls. I dreamed about the white picket fence, a good husband; a man I could cook for, a family – people who loved me, and I could be my authentic self with.

All of this is what I missed growing up. My dad was the closest thing that I could get to something that looked like love. Of course, he never told me he loved me or hugged me, but my dad was a good guy. He was always there for the family. He took care of us as best as he could. Every day he worked.

Secrets Hovering All Around Us

My mother and father were married, but they were unhappy with each other. We lived in the projects, which is like living in a box. My parents moved into separate rooms when I was 13. As long as I can remember they had a distant relationship, there was no display of love between them. And even though I am grateful that we always had food to eat, a place to live and mostly everything else that we needed, my family was dysfunctional. Still, everybody lived their own life in that house. Secrets hovered around us.

Finding My Love Out in The World

I was determined to find the love that I needed out in the world. And I went from one relationship to the next, each one leaving me a little more broken than the other. Today I believe I was trying to find the love of my father. I love my father so much; I fancied myself as his favorite because, from all appearances, that’s what it looks like. Never did I think one day I would meet a man that would cause a shattering effect in me.

It was really what broke the camel’s back.  This is relationship that I was referencing at the beginning of the story.

Whew! Fragile In NYC. It’s A Wonder I Survived.

I did not know my world was so fragile! I could not see myself that way; I thought I was tough. Most of us don’t really know where we are in life. People see us one way while we see something else. It’s like that adage about the picture which doesn’t really know what it looks like because it can’t see itself.

To make a long story short, I met this guy in New York City, where I lived. We started dating. He wasn’t at all the guy that I was used to. I remember thinking that I finally found a good one. A few months down the line, after visiting his hometown and spending time with his family, he asked me to move to PA and move in with him.

Giving More Than You’re Getting Out

So, I left my apartment in New York City. I didn’t give it up. I just moved to Pennsylvania with him. We talked about marriage a few times. He said he wanted to marry me and I believed him.

Although I noticed the scale was uneven in the relationship, he put very little into this relationship. I tried everything I could to make it work. I did not want to end up back in the projects. The apartment in Manhattan was in one of the nicer projects right across the street from the Metropolitan Opera.

So, I moved into his house. He lived in a townhouse in a small town. I was starry-eyed. I had a hard time trying to get a job in New York City, but I could get a job there easily.

I lived right across the street from a suburban house with a small farm. There was a bull out in the yard. I worked and bought myself two cars.

Devastated With Tears In My Eyes! 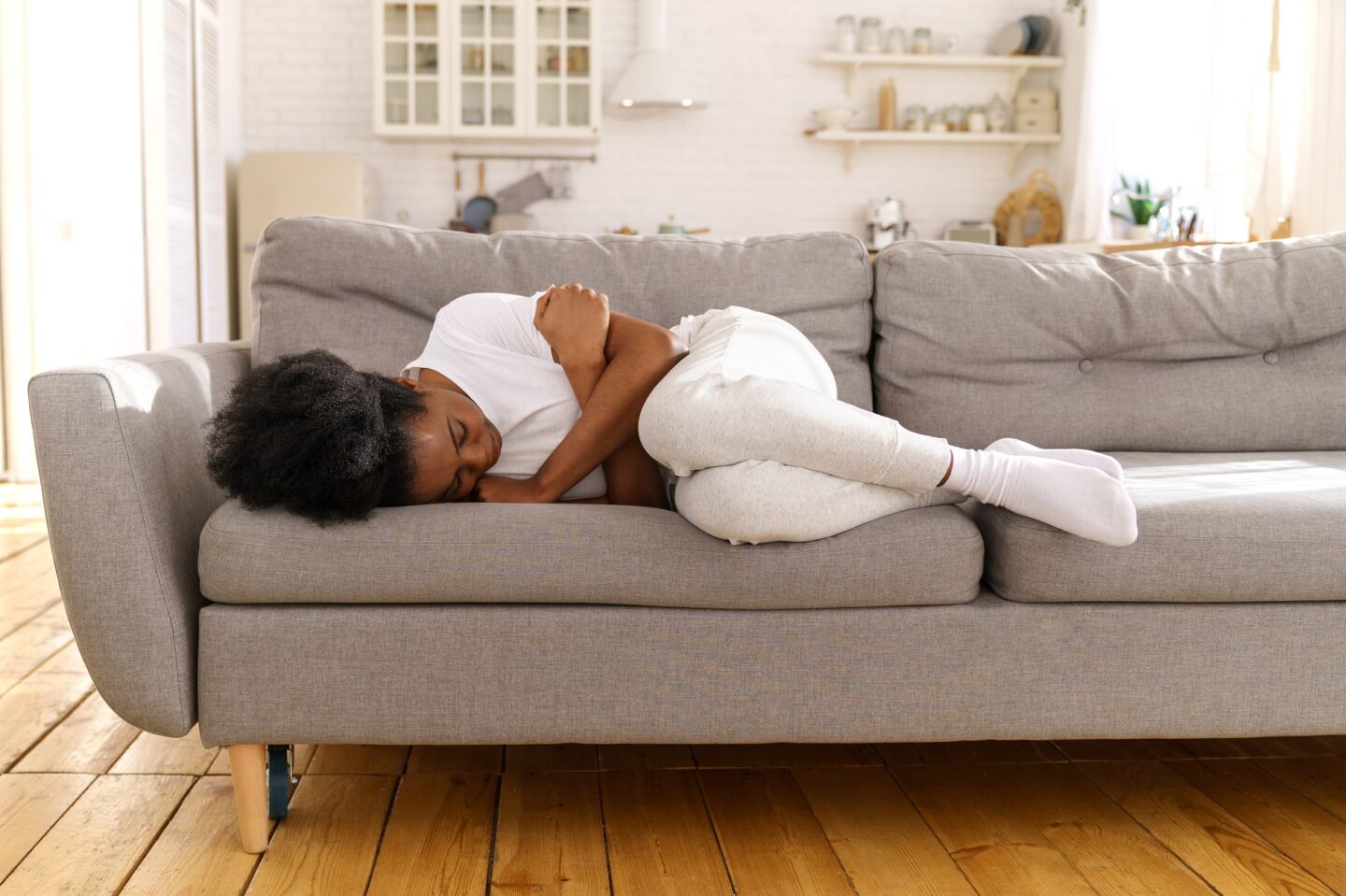 But one day I woke up, and the dream became a nightmare. He told me he needed space, and he wanted me to move out of his house and go back to my apartment in Manhattan. I was traumatized. I just had a baby by him. My son was 9 months old, and he was putting me out. In fact, he told I had to go that day. He wanted me to leave my son with him. Well, of course I said no, I took my baby, packed up my car which was overfull and drove 2 1/2 hours back to Manhattan.

It devastated me! All the way home, I cried. I don’t even know how I made it; it had to be GOD who was with me the whole way. I had recently started going to church. It was the same church his mom belonged to. This was the church he grew up in. I had given my life to the Lord Jesus Christ. He kept saying he was going to go to church with me, but every Sunday he had an excuse.

So that day I left, back to my apartment, but I didn’t feel like I was home. I became depressed about where I didn’t comb my hair and somewhat let myself go. Mostly, I stayed in that apartment in the house, for three months.

I wanted so badly to get back with this guy. After a while, he started coming back around because he had a family that lived in the area. We spent time together at my apartment. I saw this as a bridge that if I could just get across it, we would mend our relationship and things would be better than I could move back home. I lived with him for almost two and a half years. To me, that was home. At least that’s what I thought in my mind. 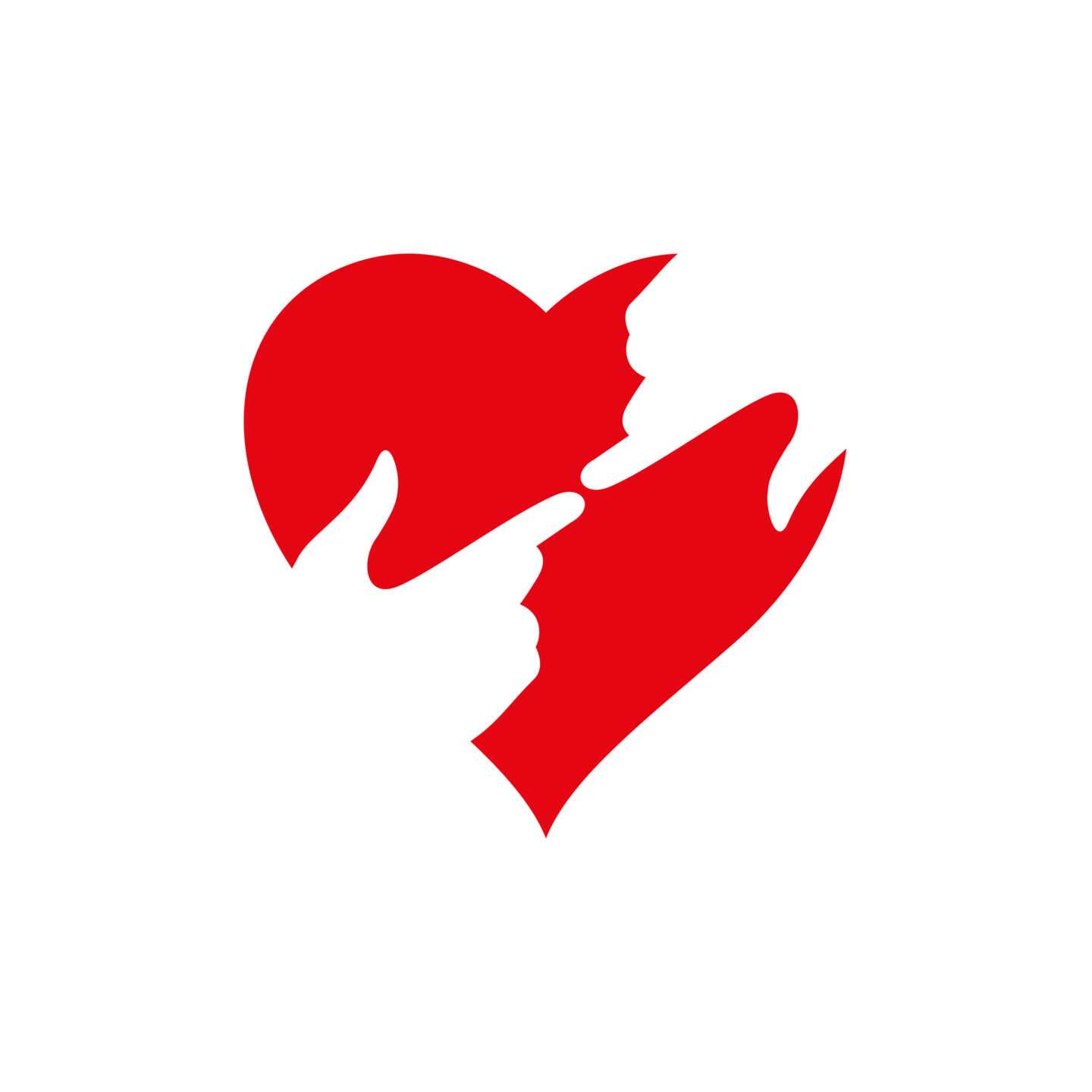 Even though the bridge I was it dark, there was some light. I could see it slowly as I walked across it. The bridge was what would carry me back to my dreams. While walking across the bridge, a funny thing happened. I realized at some point he was never on the bridge with me. I didn’t notice that at first.

In fact, it wasn’t even about him being on that bridge because somewhere around the middle of this; I discovered he wasn’t coming back. He was just having his cake and eating it, too. There were many nights that I cried. I just didn’t know what to do or how to fix it. I cried out to GOD. I asked him to please bring us back together. I made so many promises as to the wife I would be if I could just marry him. It was sheer desperation. My self-esteem was so low. I was trying to find the love I have never felt before.

Dads! Listen Before It’s Too Late 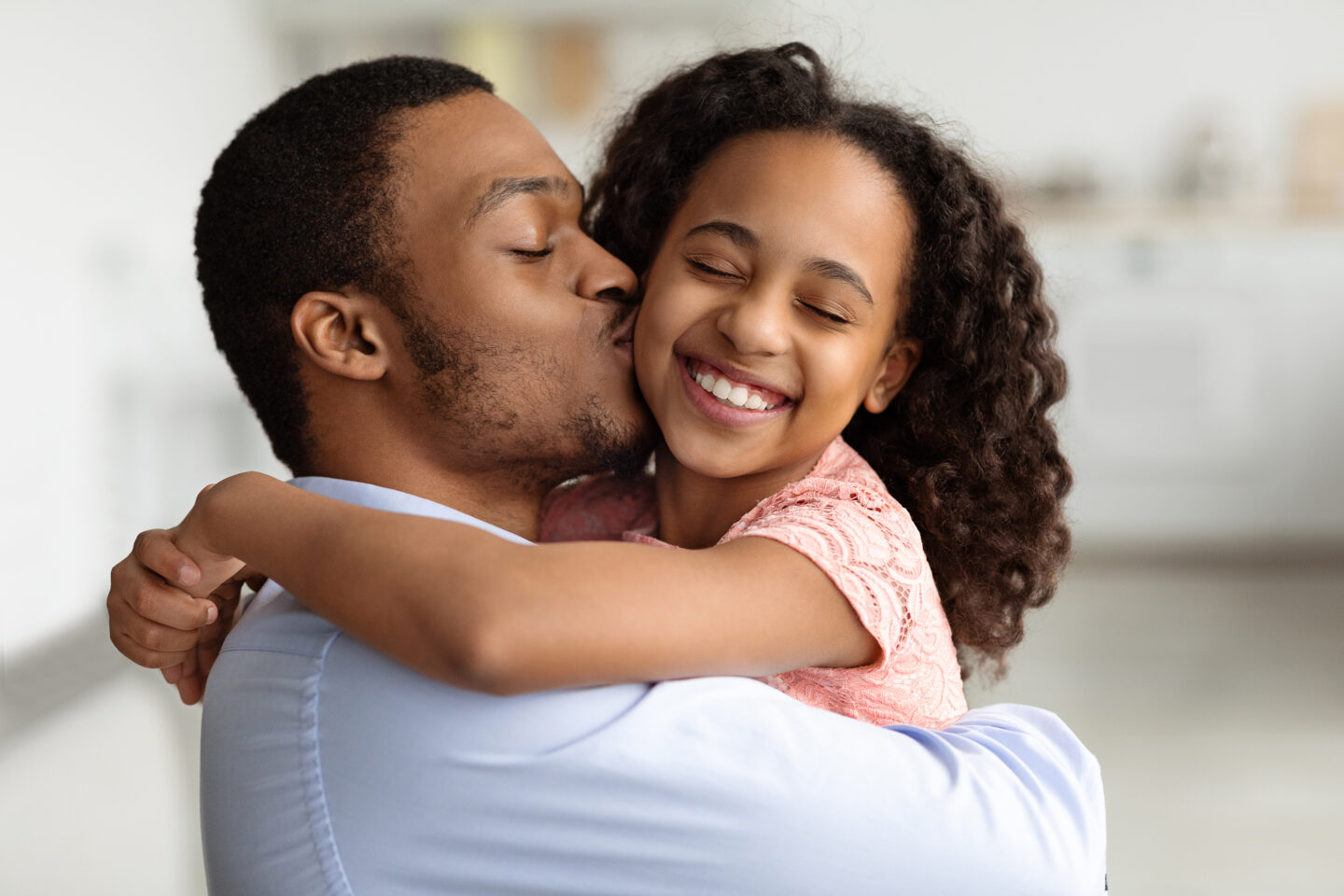 I want to encourage all the dads and men out there who have daughters to show your love to them. Don’t just buy them things and give them money like my dad did. Don’t assume they know you love them. Put your arms around them and show them your love. Never miss an opportunity to tell them how much they mean to you. Show up for them, take your daughters places a dad should. Tell them what kind of man they should be interested in. Make sure you are that kind of man as well, because your daughter is only going to find another version of you when she looks for the man she wants to love her.

What I didn’t know, as I was walking across the bridge, and got to the middle of it, crying my heart out; the bridge was the place that I would meet another man. To my surprise, he had exactly what I was looking for, and after crying day after day, he showed up for me and presented himself. The moment he opened his mouth and talked, it was as though his words dried my eyes and put a smile on my face. I felt hope again, and it wasn’t about the guy who broke my heart. This meeting completely changed my life right on that metaphorical bridge.

It was where it all began, only this time, I continued walking and ended up coming out of the pain. This was the beginning of my loving relationship with GOD. It was the LORD who met me on the bridge. He came out of love. My heart was bleeding. He healed me that day!

If I Died Today! My friend, when I walked off the bridge with him, it took a little while, but I had already become a new woman. It was shortly after my first encounter with GOD and the continuous daily conversations that we had. I told him I wanted to know him and to be close with him. I told him how much I needed him. His words to me were “you’ll have another chance” and right after that he told me to go get a TV show. It’s been one great ride since that day. I found out that not only did GOD love me deeply, but down inside of me was a pastor, a writer, and a businesswoman. If I died today, I would leave a legacy to my children, who are GOD’s offspring. There was always another woman in me, one that I couldn’t see. It took for GOD to bring forth, and that’s what happened.

I wonder what is in you that didn’t know existed? Have you been on a bridge? Are you in pain? Are you fed up with life as it is? If this is you, I know there’s a bridge waiting for you.

What you need is hope. Don’t let your hope die. But if you don’t have any, it’s not too late to talk to GOD right where you are. Ask him to bring you to a bridge where you all can meet. I could go on and on with this story, but I know you get the point of what I’m trying to say here.

Desperation Is No One’s friend

Don’t let desperation lead you to places that you’ll never find happiness. And don’t let people define you because they don’t know who you are. The only person who knows who you are is GOD. He is the one with the blueprint of you. He knows the treasures, abilities, and talents he laid inside you when he created you. So, if you know there’s more inside of you, go to him. He’ll excavate it and give you the joy, the nurturing, and love that you deserve. GOD bless you, my friend.