Home » How I Beat Cancer With No Chemo or Radiation 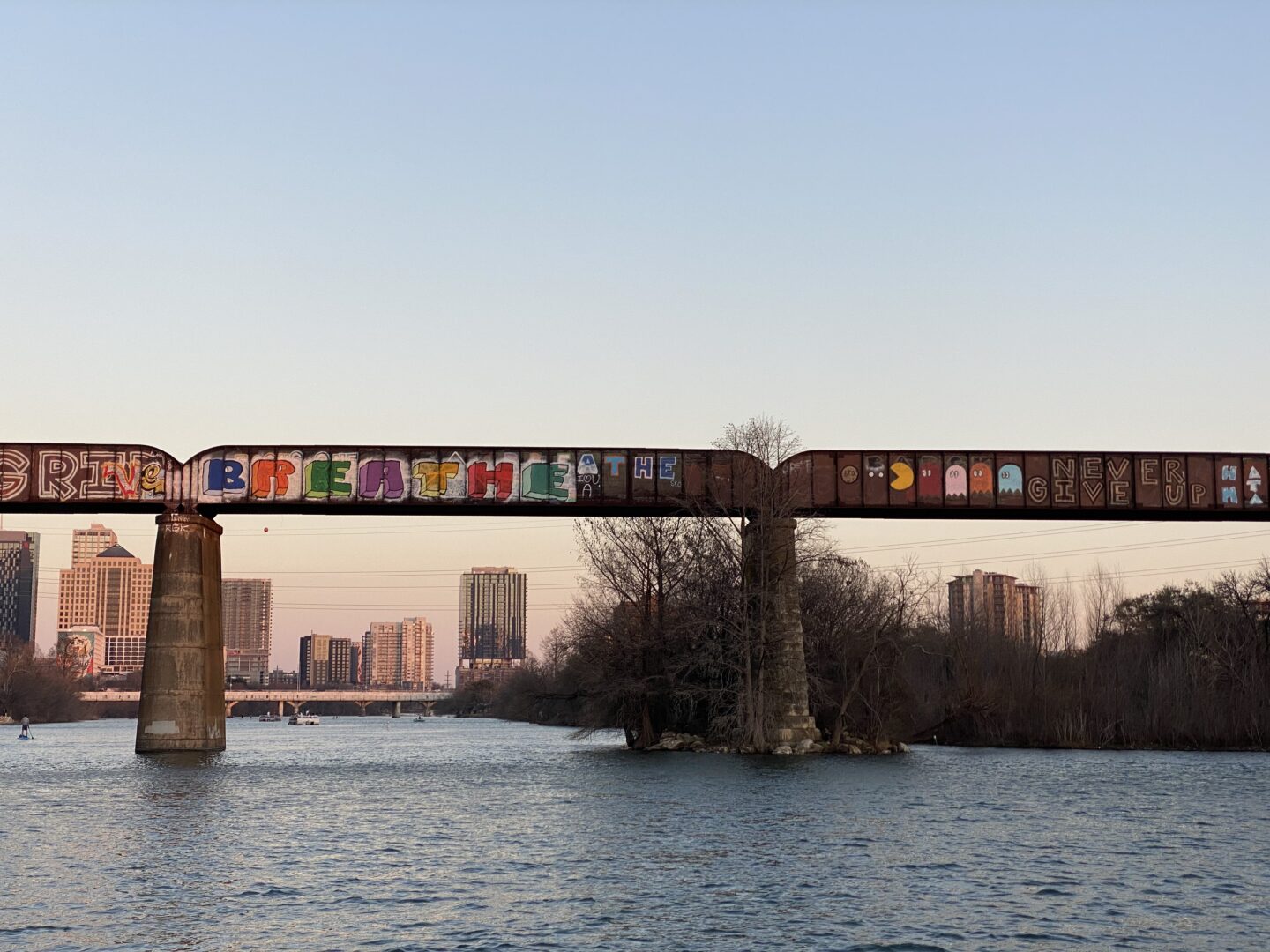 In the late 90s, while I was living in New York City, where I was born and raised, I woke up and had a pain in my stomach. Of course, there was no real cause for concern because everybody has a stomach ache at some point. However, this stomach pain went on for 4-5 days. I tried every kind of medicine that one would typically take for a stomach ache.

Eventually, I decided to make an appointment and go to the doctor. The doctor diagnosed me that day with something called IBS, which is Irritable Bowel Syndrome. I asked him how he knew that I had IBS being that he didn’t do any tests, and I just told him 10 minutes earlier.

Upon asking him how he could make such a diagnosis, he said that IBS is a stress disease and that I have the lifestyle of someone who could get it.

I was the senior pastor of a church and a businesswoman burning the candle at both ends of the stick. As time went on, I discovered that my doctor’s diagnosis was correct.

He prescribed some medicine commonly given for that disease, although it didn’t work for me. Now many years later, IBS is common, especially amongst women. It was 2001 when I relocated to Waterbury, Connecticut, I discovered another piece of the puzzle. After hearing my symptoms, I decided to go to another doctor, who referred me to a gastroenterologist.

My Gastroenterologist suggested that I get a colonoscopy. When I discovered how the colonoscopy was performed, I became apprehensive at the idea of someone inserting a very long tube with a camera into my rectum. But reluctant as I was, I decided to follow the doctor’s orders.

They told me that it would be relatively smooth and not really uncomfortable at all. When the day of my appointment came, he put me in a room with a television screen.

The anesthesiologist gave me Demerol to sedative and relax me. When the doctor started the procedure, I wasn’t happy with it; it wasn’t just a slight discomfort to me; however, he could finish it.

While looking at my colon, he saw a medium to a large tumor, which he biopsied. After the procedure was completed, I was wheeled into the recovery room, where two of my assistants waited for me. We waited for the Gastro doctor to come in and give me the results.

You Have Cancer And You Are Only 39 Years Old

When the doctor walked into the room his first words to me was Diana you have colon cancer, and it’s a shame because you’re only 39 years old. I thought what a horrible bedside manner and way to deliver such terrible news to a patient.

But here’s the thing once he said those words to me I heard another person whisper in my right ear “you don’t have cancer.” I immediately chose to believe the man who just spoke in my ear mainly because I knew that voice I’ve heard for years. I immediately accepted the second voice, which was God speaking to me.

I had no doubt who HE was. HIS stabilizing effect. It wasn’t only the words said but it was comfort in the tone as well. After all this is my Father and friend who has been taking care of me for years., plus the fact HE is the Great Physician.

Now I want to pause right here and ask you, who would you believe? If your doctor told you you had cancer and then GOD told you, you didn’t, who are you gonna believe? This did not happen by chance to me; I have been building a relationship with the Lord for years, continually seeking and serving HIS purpose.

I trusted HIM and knew that HE was the only one that I could rely on. So when the doctor said to me that I had cancer I immediately replied and said I don’t have cancer. He kept right talking and ignored what I just said. I guess he thought this girl is sedated, and she is in denial, so he told me that he would give me a referral to an Oncologist.

Of course, you know the doctor did not believe what I said. He said I have been a gastroenterologist for over 20 years. I know cancer when I see it. He went on to say that the sample he had taken had to go to the pathologist and it would take five days before I would have the results.

This happened a few days before Christmas, so it would be over the Christmas holidays that I would have to wait for my diagnosis. I want you to know that I tried to have a pity party for a moment. When I told my children about it, they were like, oh, mom, you don’t have cancer. No one believed the doctor’s diagnosis.

While I was waiting, I had discovered a book by Dodi Osteen called “healed of cancer.” It was a small little book. She talks about being diagnosed with one of the deadliest cancers there is pancreatic cancer. She also spoke about her experience and how God healed her cancer. Still, she used scriptures as her medicine, although she took chemo.

So this is precisely what I did. I read that book, and they were all the scriptural promises of how God would heal us and deliver us from sickness and disease. I read this every day and took them like spiritual pills, just how Dodi had recommended. While I was waiting for those results to come I had my secretary type up and print out the Scriptures, which I put on my bedroom wall. The doctor’s office called me after the holiday. The pathologist could not definitively diagnose cancer.

He recommended another colonoscopy. They would take another biopsy and send it to the pathologist again. Even though I was hesitant to do this I complied and waited another five days. After the second test, I got a phone call from the doctor’s office to get my results. I remember the day I walked into the doctor’s office, fully knowing that I did not have cancer. When the doctor met with me, he said Ms. Hardy, good news, you do not have cancer. I said I know.

Do you remember that I told you that I did not have cancer? He looked at me with a half-smile and said, have a great day and take care of yourself, Ms. Hardy. That was the end of my experience with that doctor.

I stated earlier that I was 39 years old when I got this diagnosis. By choosing to believe in the second physician determined my results and, ultimately, in this instance, my life. I’m writing this to help someone who may be facing a problematic outcome. You have another physician who is more significant than any human doctor.

Who wants to heal you just because HE’S in love with you? That’s why I’m writing this article. Now what I didn’t share with you is that my first cousin, Ellen, was diagnosed with colon cancer; around the same time.

We both lived in Manhattan. She lived in Harlem. However, we didn’t really see each other much. I ran into her downtown one day. She told me that she was diagnosed with colon cancer and that her family felt really optimistic about beating it. Both of us were born in the same month, March, and the same year 1963. Our birthdays were two weeks apart.

It wasn’t so easy for my cousin she ended up taking chemo and radiation. She didn’t have the same experience that I did. At the age of 41 years old she died in the hospital from cancer. It was devastating to my uncle. She was his only child. Often I think, why did God healed me and let me live and not my cousin Ellen. I remember asking God in prayer to please heal my cousin. HIS answer was that my family had to come together and pray well that didn’t happen.

Over 1 million people are diagnosed with cancer every year, while over 600,000 will die from the disease. We need more than prayer to help us beat this monster. I’m not saying that doctors don’t have a solution because there are people who take chemo and radiation and beat cancer, but doctors cannot heal you.

They only offer diagnosis and medication. They cannot heal you. That’s been proven by the fact that some diseases are incurable. Still, I’m trying to politely tell you that all illnesses are curable by God. HE’S the only one who can heal.

HE has cured me of colon cancer without chemo or radiation. My goal is to live a long life so that I can fulfill God’s purpose for my life, as well as some of what my cousin could’ve done if she lived. God said in His word, “I am the Lord who heals you.” Exodus 15:26

As profound and prolific as that sounds, it is true. Don’t try to understand it. Just accept the beautiful, incredible gift of healing that HE is offering you today.