Home » She Pointed a Gun in My Face 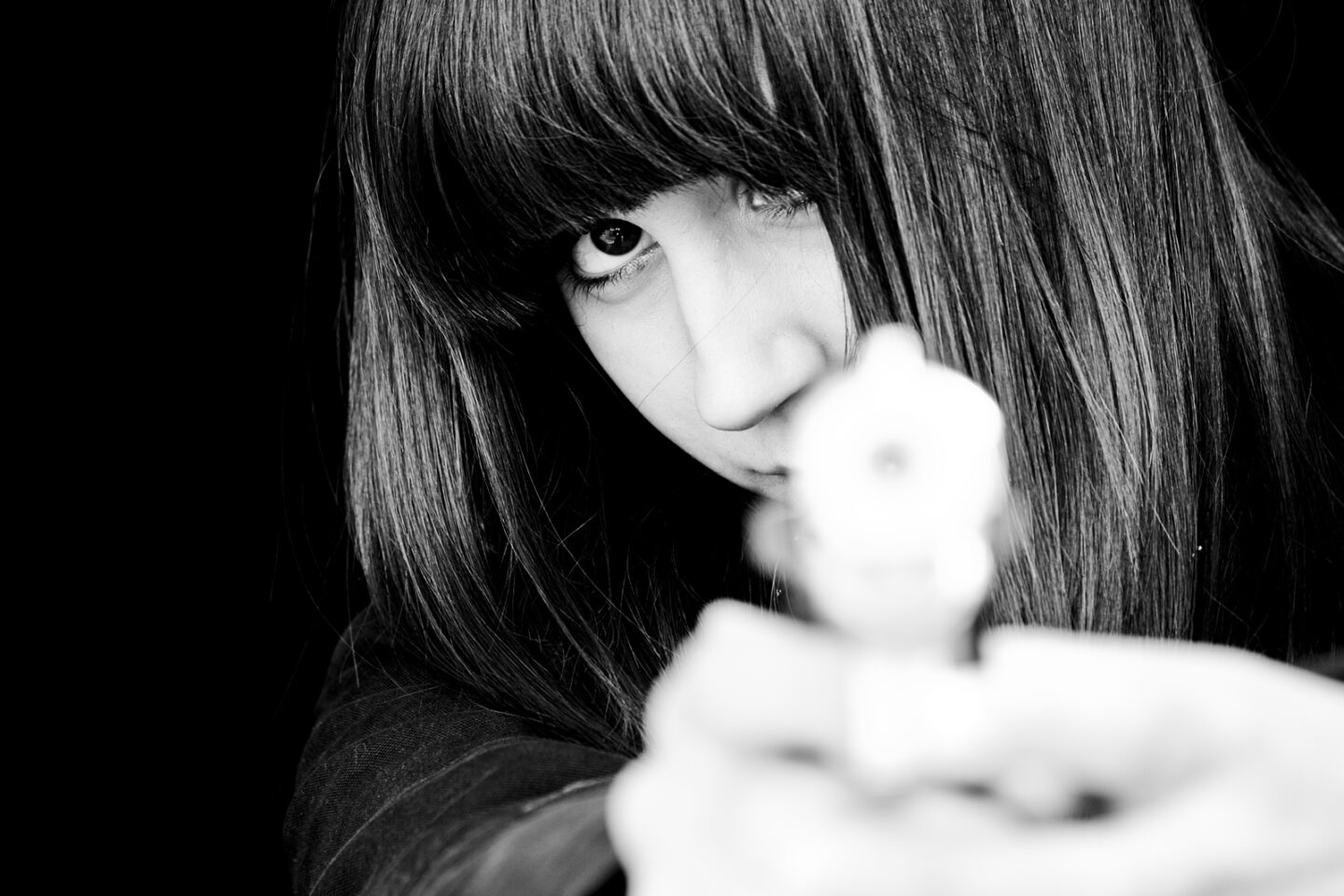 There are situations that GOD has brought me through that, in retrospect, I cannot believe I came through unscathed.

When I was living in New York City in the projects, I lived in Manhattan, a friend of mine; his name is Scott was also my neighbor. For years we would say hi and bye in the neighborhood.

I knew his wife, and we were on speaking terms. As years went by, Scott and I started hanging out more. There was a group of us who hung out in the park behind where I lived. We would congregate in the summer months, but when winter came, it was too cold in New York City, so my house was the hangout spot. One day a young woman knocked on my door; it was Scott’s daughter.

A Gun In My Face. 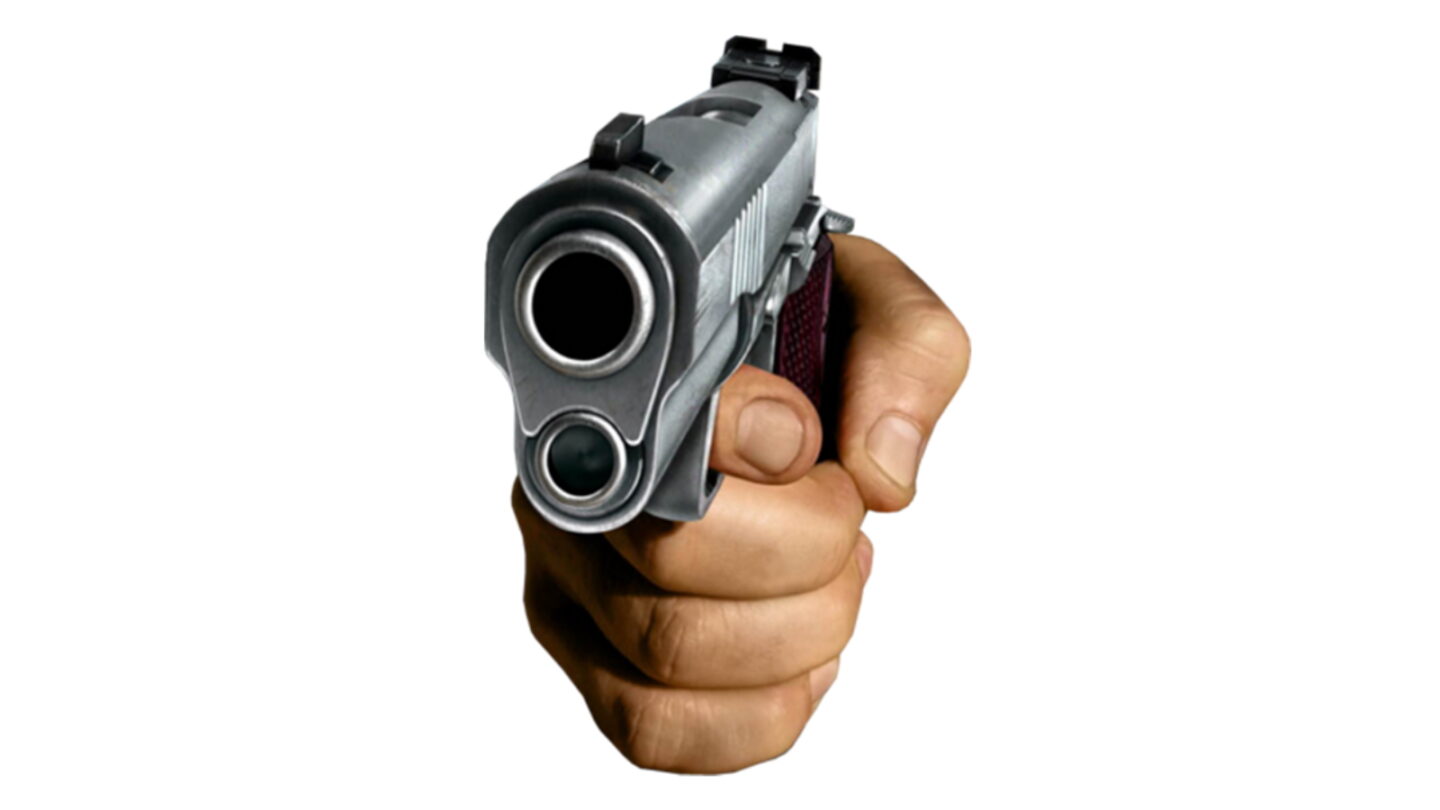 I think her name is Marcia. She asked me to step out of my apartment; she wanted to talk to me. She told me that her mother was calling her crying, saying that her father was hanging in my house.

She told me not to allow her father to come into my house anymore. My reply to her was that her ‘father is an adult and has been my friend for years, not that I had to explain to her, but there is a group of us playing cards and just having a good time.  She looked at me and slowly started to turn to walk away, and then she looked back and told me if I have to come back, I’m not going to come talking next time.

I thought this girl is crazy. She comes to my house, threatens me, and tells me not to let her father in my house again.

Well, I told Scott what happened with his daughter the next day.  Scott told me to ignore her, she’s grown, and she has her place. She is not my mother. So we dismissed it. About two weeks later, I got a knock on the door, and it was her again. So I opened the door, and she stood right in front of the threshold of my apartment door and told me,” didn’t I tell you if I had to come back? I was coming with something”.

She pulls her hand out of the pocket, and she points a gun in my face. She said I told you I forewarned you.

I was amazed that I didn’t feel any real fear. I just stared at Marcia directly in her eyes and told her to pull the trigger. I am not stopping your father from coming into my house; he’s a grown man, and this is my house, and you will not dictate to me who comes in my house.

Of course, you know this woman could’ve shot me, or somebody could’ve come right out of the elevator, which was directly behind her, startled her, and the gun goes off by mistake.  I know that God was watching over the both of us because she just backed away and got in the elevator and took off, never putting the gun down, and I went into my house.

I very slowly but deliberately called 911 and told them that a friend of mine who lived upstairs his daughter, an adult who lives somewhere else, pulled a gun on me and threatened to shoot me. That night the police went to her parents’ apartment at midnight, and when they opened the door, the police pushed their way into the house, scaring my friend and his wife.

My friend told the police my daughter does not live here. The officer told my friend Scott that your daughter pulled a gun on your neighbor Diana who lives downstairs, and they got her address from her father. That night the police went to Marcia’s house, but she wasn’t home, so they left.

The next day they called Marcia and told her they were at her house and the charge filed against her. I made the police aware that she was military on leave to visit her family. So when they spoke to her, they told her she needed to go and ask Diana to drop the charges against her because if she doesn’t, we will have to arrest you, and the military will most likely court-marshal you because you cannot get in trouble when you’re out on leave.

The next day Scott came to me and asked me to drop the charges against his daughter. I told Scott I’m going to ask GOD. He told me that his daughter was a Christian, which made me rethink my course of action. I made sure I asked GOD what I should do.

So I prayed.  I shudder to think what might’ve happened had I not had a close relationship with GOD and was able to hear from HIM. Hearing from GOD now was more important than ever. The situation was very delicate and could’ve been life-altering for everyone involved.  So the next day, I asked GOD should I press charges against her, and HE said, ” no.” Scott told me she wanted to come to talk to me. Of course, he was trying to get me not to press charges.

I hadn’t made my decision fast enough, so he just brought her one day. I must say that she acted like a different person. She was crying and apologetic and told me she’s sorry, and she wouldn’t have hurt me; she just wanted to scare me.  She told me she has two daughters, twins who were eight years old.   She begged me to drop the charges because she didn’t want to go to jail.

I told her that I would drop the charges because GOD told me not to press charges against her. She fell into my arms crying, and I held her in godly love.  That is why Prayer is essential because it’s the primary mode of communication GOD has given to us to talk to HIM.  We cannot communicate with GOD through our cell phones.  Nor can we mail HIM a letter that HE would receive, but HE told us to pray.

Thank GOD, I had a great foundation built by Prayer over the years before this happened. GOD spared both of our lives at that moment. She told me that I would never hear from her again and she wouldn’t bother me anymore.

Well, her father continued to come to my house. I used to minister to her father when he would come,  which was private, so I couldn’t tell her or her mother.  Her mother had approached me a couple of times about this situation.  I told her if she wanted her husband to stop coming to my house, pray.

He eventually stopped coming and stayed with his wife.  While he was around me, he accepted Jesus Christ as his Lord and Savior. To God be the glory!